This is it then. The long-awaited Finnish flagship that goes all in
against the phones that rule today. The Finnish cameraphone returning
to claim the prize that was once its birthright. Everybody bow and make
way?

No, it’s not how it works. No story begins with a happy ending. Nokia
can tell a few about life after death but HMD is not looking at a life
of Sundays. The thing with Microsoft wasn’t going anywhere but it still
counts as a wasted second chance. The third time, failure is not an
option. Nokia and HMD seem well aware of that and the Nokia 8 looks like
it has adapted to the new reality fast.

The flagship Nokia 8 is well-armed with the top-of-the-line
Snapdragon 835, an impressive high-res LCD, premium aluminum unibody and
the latest Android OS.

The cameraphone Nokia 8 had no other choice perhaps than have its own
take on the dual-camera outfit with two 13MP sensors, an
optically-stabilized color one and a monochrome one. Another 13MP unit
at the front is more than just a selfie cam – it does split-screen live
streaming and has phase-detection autofocus. High-end ZEISS lenses in
front of all three sensors mark the return of an iconic partnership.

Nokia’s OZO camera division is involved in the 8 too. It co-developed
the 360° spatial surround audio recording, which will capture sound
with a quality to match the sharpness of the 4K video. Another rare
feature, binaural audio, is supposed to offer an even more immersive
split-screen viewing experience.

The Nokia 8 seems so thoughtfully designed and made that we had to go
nitpicking to find flaws. Modest battery capacity? We have yet to see
the actual battery endurance. Aluminum 6000 instead of 7000? We
seriously doubt it that another bendgate could be on the way.
Splash-resistant but not water-proof? This could be it but it’s still
better that than nothing. 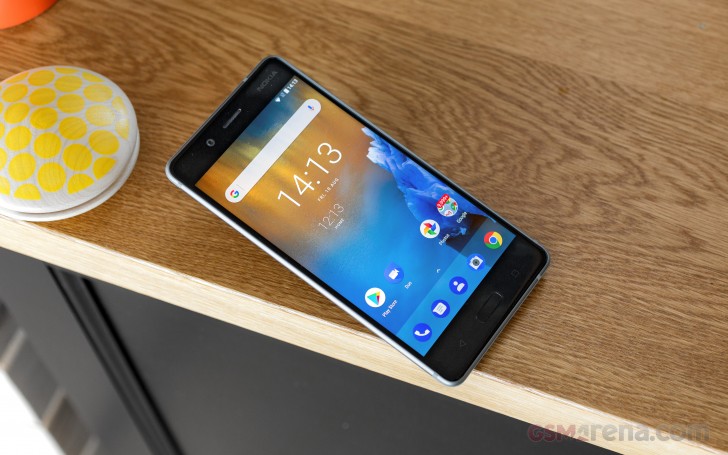 Nokia has a legacy to protect and a future to build. Once an industry
pillar, the brand has a long way to come back from oblivion. And while
the Nokia 3, 5 and 6 surely helped restore some confidence, it’s up to
the 8 to rekindle the old glory. Or go down trying. Curious to know
which way it’s heading? So we are – but first things first.