Gmail users previously were able to backup their emails offline using Gears, a Google plugin allowing web apps to run offline. But recently in May, Google announced that it shifted focus to HTML5 and stopped the development of Google Gears. As a result, those users who installed the versions of Firefox, Internet Explorer and Chrome released after May could no longer backup their Gmail account using Gears.
The good news is that Google has brought back the ability for Gmail users to access their emails even when they are not connected to the internet.
The functionality can be achieved by installing “Offline Google Mail”, a new chrome web-app based on HTML5 that updates in the background while you’re online.
Incase the internet is not available, simply open a new tab in chrome and launch the app. From there you can compose, read, search and archive emails. Offline Google Mail will automatically sync the changes once internet connectivity is available. 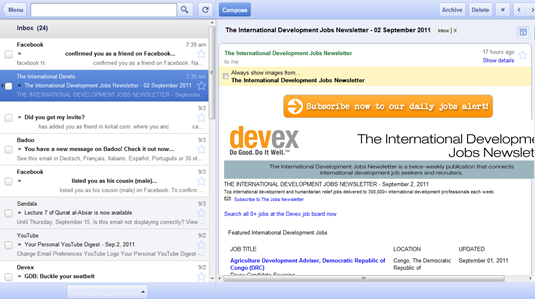