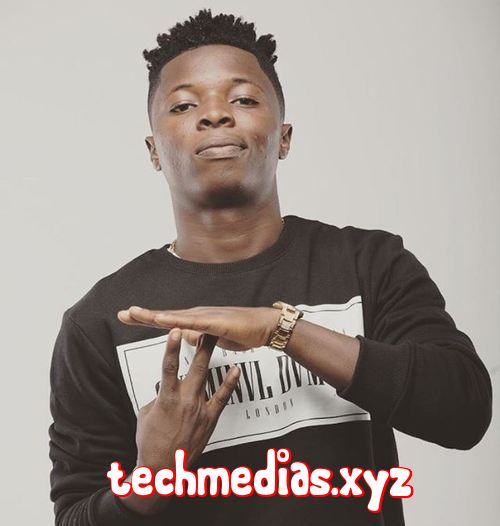 Wale Turner (born 1997) is a Nigerian
rapper. Wale Turner mainly referred to as &#
8220;indigenous rapper” who got a record deal by selling himself on Instagram, believes he’s one of the best artistes in the industry.

From blowing his own trumpet to saying every upcoming artiste would want the deal he has, Turner is every bit as grateful as appropriately cocky.

After years of sharing videos of his freestyle on
social media, Turner is

psyched by the release of the video for ‘No’, which was shot by Director Q.

“From dropping Instagram freestyles to official videos is a very big thing for me. This is what every upcoming artist is always praying for”, said the artiste.

He continued: “I’ve always dreamt of having my official video shot by one of the biggest directors in the industry. Director Q shot my video. I got used to doing my Instagram freestyles so on the day of my video it
felt like I was doing my freestyles.”

“If you see my contract…” said Turner who stopped himself halfway into the sentence, as he proceeded to gush about the nature of the record deal he has with Royce & Royce Entertainment.

“My label is a family label. It’s the label every
upcoming artist would crave for. Every upcoming artiste should just pray for a helper. If you find your helper trust me you will go a long way.

“When you pray to God to give you a label everybody will just come – Mavin, YBNL – you will just run back”, Turner said with obvious glee and some dramatisation.

“I got offers from all the big labels in Nigeria”, the rapper added.

Wale Turner was influenced musically by industry heavyweights such as – Don Jazzy, Olamide and 2face
– Turner claims to have a lot to offer while citing his multilingual ability and versatility as what sets him apart from the crowd.

“What I’m bringing to the table, you guys can’t
handle it. I’m the hottest, even God knows”, he said.

“From day one I’ve always been rapping with
Yoruba, English, and French. The kind of French I bring is like pidgin French so you get to relate to it. My kind of
rap is very simple and easy to understand.

“If I come out today and I want to sing RnB, trust me. If I come and want to do Fuji, trust me. Even God knows. God gave me the talent.”

When asked about future collaborations and whom he would love to work with, Wale Turner said, “I want to work with Wande Coal, I’ve always been his fan.

Olamide too. Olamide is my godfather.”

His ambition reaches far outside the shores of
Nigeria and he is determined to let the world know his story.

“I just want to create something spectacular for my people and I just want my name to be out there. Wale Turner that came all the way from Ketu. ‘Ketu to the world’.

“I came all the way from Instagram videos on one small phone to official videos. I just want to go international but I want to hit the Nigerian market first.

For now, it’s just singles and videos. When it’s time for an album you will know because my fans will request for it” he said.